Universality, mathematics and chaos. This book changed the way I view the world. Everything is a non linear dynamic system. 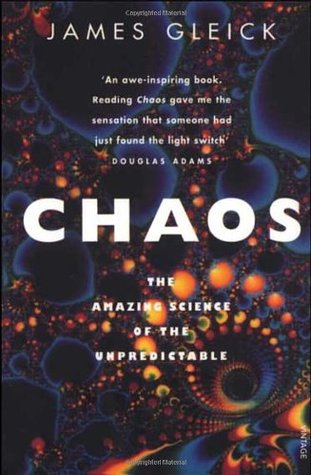 Chaos, by Jame Gleick is the most beautiful introduction to a field of Mathematics I have ever read. First, let’s get this out of the way - Chaos is not a very “technical” book. It’s first a historical account of the creation of a new field of maths, and then a science book. But that, in my opinion, is where the strength of Chaos lies.

The book chronicles the observation of a strange phenomena by rogue set of scientists, in fields that were traditionally thought to be completely unrelated to each other. Along the journey, Gleick explains us what are these strange phenomena, how the scientists and mathematicians discovered them, and their journey towards making sense of their strange and unexplainable observations. What this means for us, as the reader, is that we get to tag along for the journey, making us feel like we are discovering chaos with these early pioneers. It feels very first principles, which is something I loved about this book.

The common phenomenon that was observered in these traditionally disparate fields was the appearance of something called “strange attractors”. The idea of a strange attractor can be described simply, without dwelling on what exactly is an attractor, and the idea of a phase space (which Gleick has done an excellent job introducing in the book). Strange attractors are diagrams that describe systems showing sensitive dependence to initial conditions. In simple terms, in a non-linear dynamic system, if the initial conditions are very simillar, but not exactly the same then their behaviour over time will become exponentially erratic. Here is an example of such a system. Notice, how quickly things become chaotic:

You may have heard of “The Butterfly Effect”, and may have seen a butterfly looking shape that accompanies it. That is the Lorenz Attractor, the first strange attractor discovered by Edward Lornez, a metoerologist who was trying to create models for weather simulation back in the 60s.

Now, what’s amazing about these strange attractors is that they show up everywhere. Their universality is what is truly awe-inspiring.

What does a biologist, economist and mathematician have in common?

You guessed it, Chaos. Gleick not only goes over the various fields where chaos reigns, but also how it does, and what are the practical implications.

The misbehaviour of the markets? Chaos.

The shape of leaves and trees? Chaos.

The dripping of a faucet? Chaos.

I could go on forever. All these systems are extremely complex, dynamic systems, yet they have one thing in common - chaos. What do I mean by that? Traditionally, it was thought that most complex systems eventually reach some sort of an equillibrium. This equillibrium maybe in the form of some constant periodicity - for example, summers then winters, then summers, then winters. But this is not true. These systems cannot be modelled accurately due to the non-linearities present in them. Over time, these equillibriums change, and break, and become all weird. We can’t predict them. But, there is one contant that rules these systems, the Feigenbaum constant. I won’t get into what this means, because neither am I good enough a science writer to explain it, nor is it within the scope for this review. Here is an exceedingly digestible introduction to Chaos, and the Feigenbaum constant by the excellent Veritasium:

Closing thoughts, and tip of an iceberg

This book is such a great, passionate introduction to the field of Chaos and complexity. Its a history of science, people and culture. Gleick is a talented writer painting rich vignettes of heros like Mandelbrot, May, Lorenz and so many more. Don’t let the lack of equations and intense mathematics deter you. I love hard science as much as the next guy, but this is mind expanding enough to be the first read for anyone enthusiastic about universality, mathematics and chaos. This book is just the tip of the iceberg. Also, shoutout to Taleb who introduced me to the idea of unpredictibility in non linear systems in his book Antifragile.