On memoirs, epigraphs and barbecues. 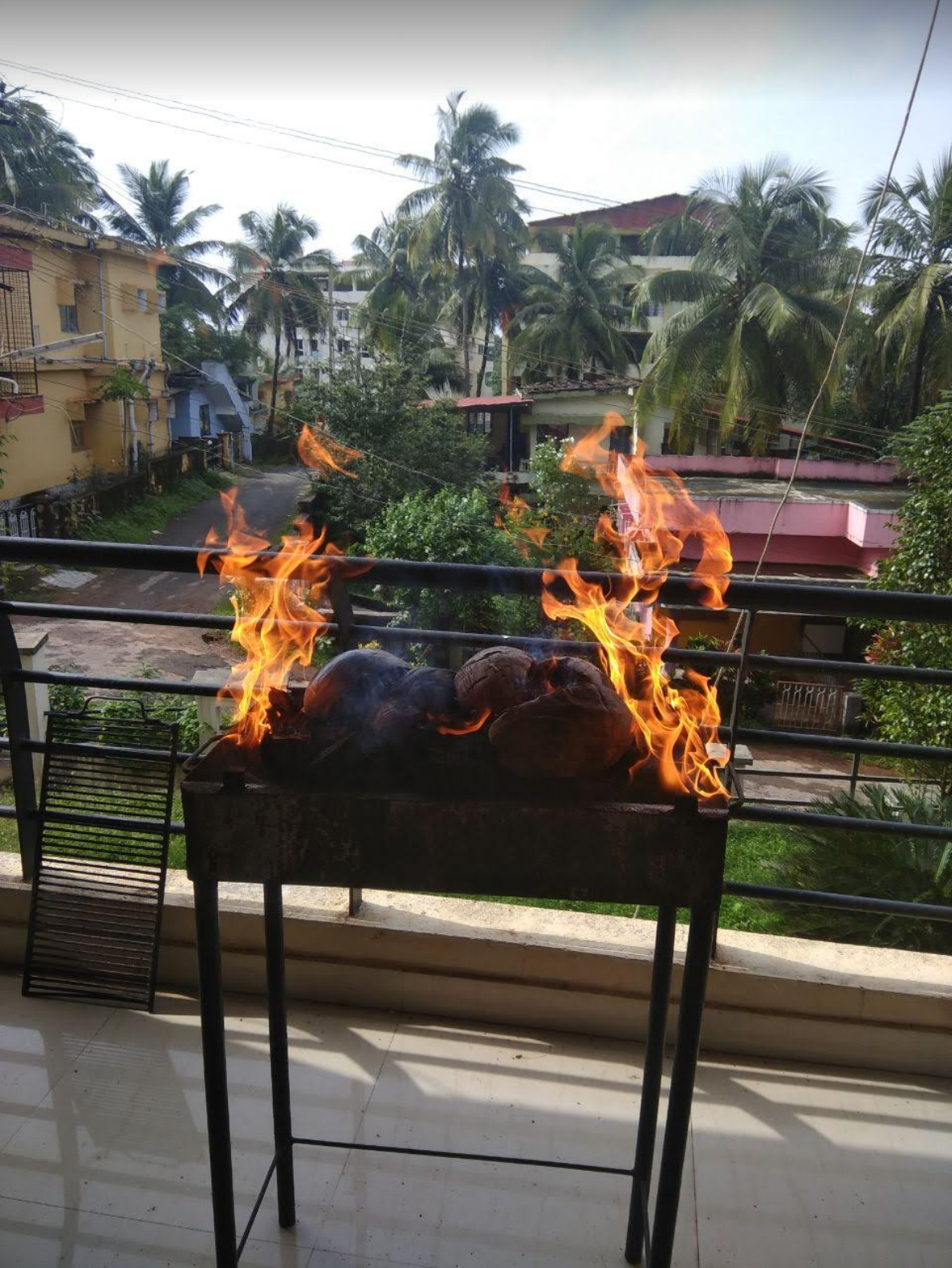 Prepping the barbeque in our college apartment, Manipal, 2019

In that spirit, I have decided to rename this series to “My memoir”. To read the rest of my memoir, see this.

Apart from this here are some more meta updates - each part of My memoir will now consist of a new section, “Notes on the epigraph” where I will give more context on the photograph in my frontmatter.

There, I called it a memoir.

So here is the deal, over my my decades of experience1 living on this planet, I have learnt that it is much easier to not leave the grunt work for the end. While I was once the idiot who lived by the deadline, I have grown a lot since then. I don’t want to begin writing my memoir when I am 80 and dealing with finger arthritis. I will just hire an editor to go through this and edit together something cohesive. I am going to kaizen my memoir.

Working at the office.

I worked from the office for the first time this week. I have been to the office before, sure, but never worked from it. This was my first day working at a space other than my bedroom in well over a year. 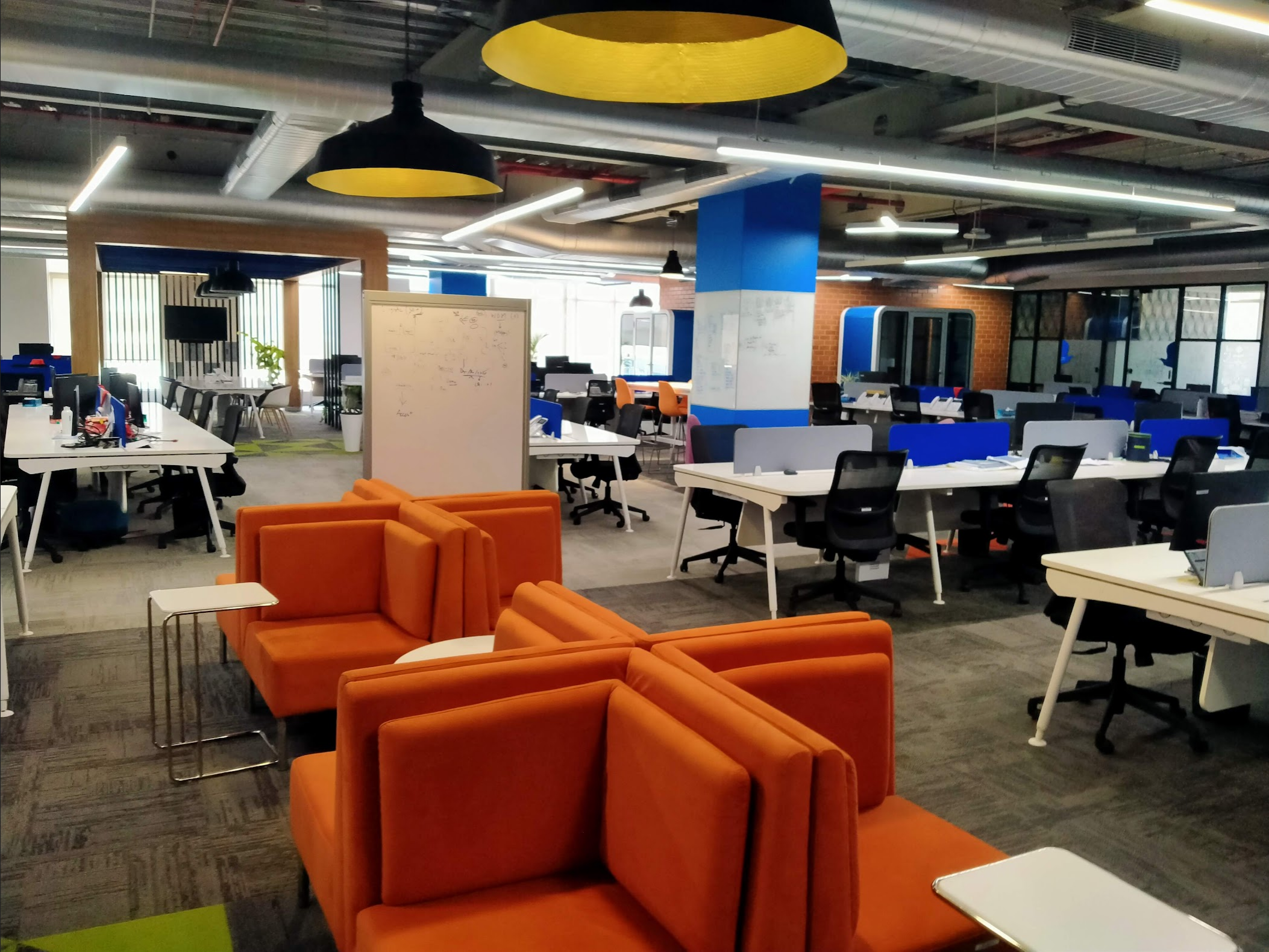 A picture I took on my last day in an office in May 2020, right before my internship at Traveloka ended

Working in office was different. I didn’t have a designated space because I haven’t been there enough to block out a space for myself. But now, I think I know which spot is mine.

Productivity was pretty good, but I did miss my external monitor. It is also nice to be able to walk over to co-workers when things got slow. I would say though, working at home isn’t that much worse. For actual focused, productive work, both are about the same. But meetings are so much better - it’s just so much easier to draw and talk.

Another nice (or not nice) thing is that you can overhear your coworkers discussing things. I feel like that may lead to more serendipidous ideas. But then again, I do feel having a daily written standup can offer somewhat similar experiences, albeit in a more curtailed form.

I would add one thing though, the commute (as much as it is a waste of time) was a nice ritualistic shutdown 2

I think the ideal future for someone who writes code for a living like me is a hybrid approach to work. The best of both worlds.

All my friends in college new that me and my flatmates got really lucky with our cook Rajkumar. He was extremely soft-spoken, or more colloquially speaking, a paavam fellow3. His speciality was that he required zero management. We used to come back from our classes during the lunch break and lo, there was hot food in the flat. The food system in our flat was an extremely well oiled machine. Rajkumar used to take care of things end to end, he brought the vegetables, ingredients, decided what to cook and left after cleaning up the kitchen.

One thing that was fishy about him was how he managed to pay for all our monthly groceries. Many a times, the bills were larger that the salary that we paid him. Me and my flatmates had no clue how he managed that. At the end of every month, he used to give us a the total value of a stash of collected bills, and some months the total was a lot. In my head there are only two explanations for his ability to pay for our groceries up front:

Sometimes, he also used to mess up the calculation and even ask lesser than the actual total. After some time, we even stopped cross verifying his grocery reimbursement. Maybe that was a little careless of us, but he never scammed us. We also used to trust him with the keys to our house. He was a very trust worthy lad.

Now that I have set up Mr Rajkumar, let me get to the actual epigraph. This is a picture I took when Rajkumar was setting up the barbeque for a little soiree we were throwing at our flat one Sunday. It was his idea too - he said his friend rents out these grills and asked if we were interested. We said yes immediately. To this day I have never met anyone else in Manipal who has thrown such a barbeque soiree. We were a cut above the rest.

There were a few things about barbequing I learnt that day.

Me and Vishnu, my one of my flatmate at the time went out to buy meat for our barbeque. He was very particular about seeing our birds alive before taking them home. He said he wanted it to be fresh. We went to our local butcher to see chicken clucking in wild abandon. I am glad that these chicken didn’t seem to be trapped in those horrible cages. It was also the first time I saw how they kill a chicken, the details of which I would rather not get into here. We took our chicken back home and marinated them. 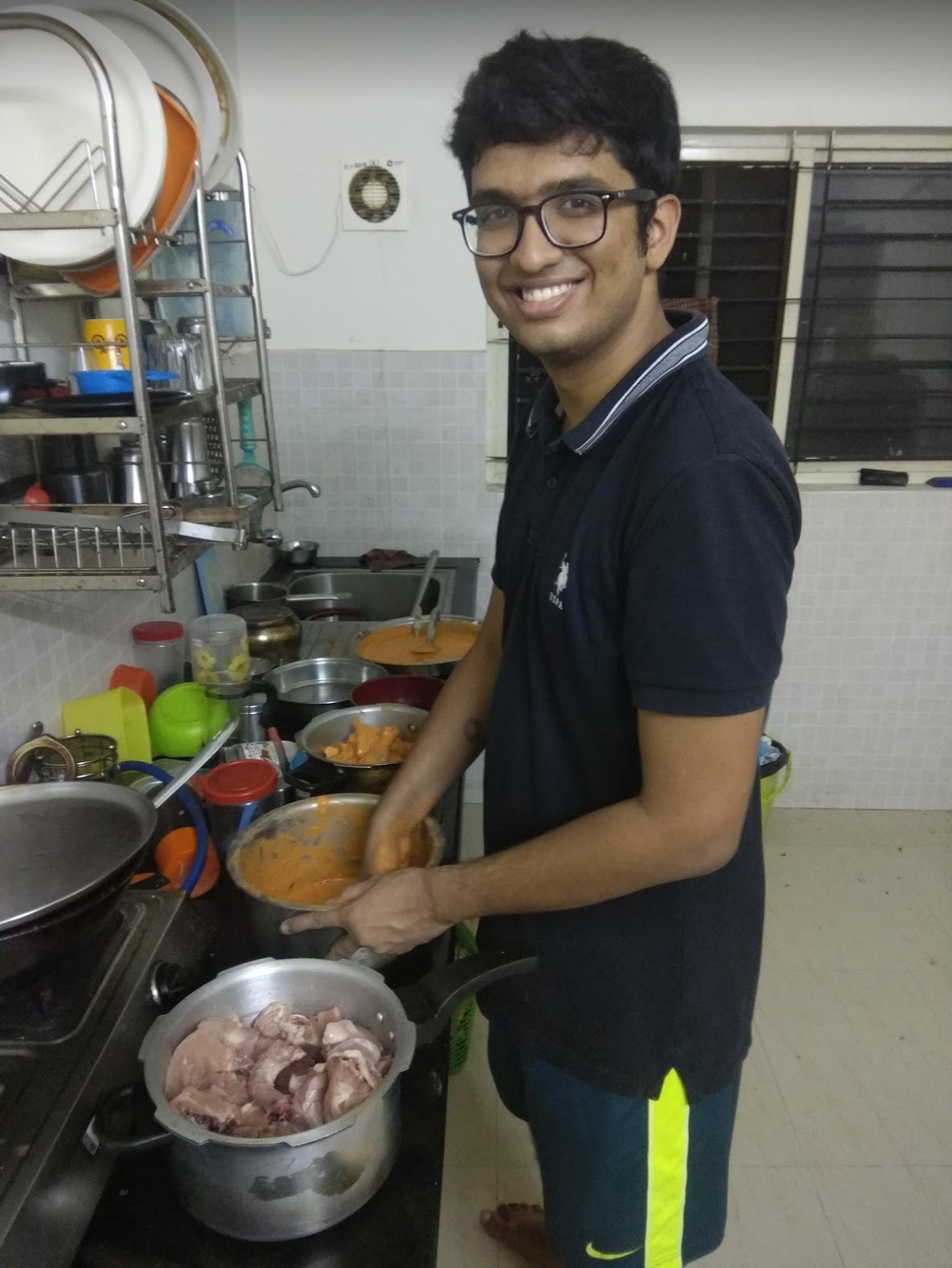 My flatmate Vishnu, marinating the chicken.

The actual day of the barbeque was amazing. We had loads of friends over and at some point, the house was on fire 5.

I will always be thankful for Rajkumar being an exceptionally autonomous cook and throwing us this barbeque 6.