The mathematics of social media mind control (and the antidote?). What Hebbs figured out in the 1950s, Zuckerberg is abusing today.

When you read the title of the paragraph, what struck you? There may have been a mild feeling of disgust. The temporal sequence of the words may have made you think of a situation wherein the bananas may have caused the said vomit, which may lead to a temporary aversion to bananas. You may have even thought about yellow fruits, or other disgust inducing words like “nauseous”, or “sick”. All this happened in a fraction of a second.

The above example is used by Kahneman to describe the associative nature of System I of our brain. “What is System I?”, you may ask - Kahneman proposed that our cognitive abilities are shaped by what he calls the two systems:

Our System I is an associative machine. This is great for us in many ways, but bad for us in others, especially when our attention has been commodified.

Back when I was in FIITJEE 1, we used to play a game called “Chain reaction” in our downtime. It was a fun game that could run on everyone’s mobile and allowed for 2-8 players on a single device. The rules were simple, you had to capture a grid with the orbs of your colour. 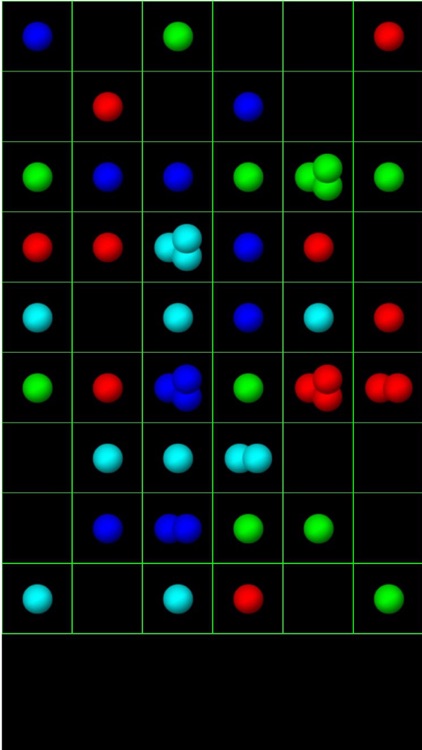 A grid with orbs at different growth activations.

Here, when you touch an orb, it grows in size. Once it hits a size beyond what it can grow, it “explodes”, and infects the other orbs around it so they become the same colour.

Usually, as a game progress, a single explosion triggers a series of explosions that can completely change the face of the grid. This occurs when a lot of orbs are in their final form, just one touch away from an explosion. This causes a “Chain Reaction”. Below is an example of such a chain reaction.

I like to think of our ideas to be like these orbs. When we are adequately primed the right way, and have collected many ideas, one idea leads to us thinking of the next associated idea, which leads to the next. Social media is an über effective catalyst for uncontrolled bursts of associative thinking. These bursts are physically rewiring our brain, and disincentivising us to use our rational System II

Editor’s note: This section is poorly written. This was my first attempt at science writing, and I have realised my shortcomings, and the future letters would have much higher quality science writing. For now, if something is unclear (which it will), please skim. Sorry, and thanks.

Donald Hebb was a neuropsychologist who introduced the Hebbian Theory of learning in 1949. Here, Hebbs attempted to codify the conditioning behaviour of synapses, which are the structures that permits a neuron (or nerve cell) to pass an electrical or chemical signal to another neuron. The most popular (and somewhat over-simplified) form of this theory is described below

A more nuanced take on this is the theory of Spike-timing-dependent plasticity. In simple terms, this theory builds on what old Hebbs said, by stating that synapses increase their efficiency if the synapse persistently takes part in firing the postsynaptic target neuron. Similarly, the efficiency of synapses decreases when the firing of their presynaptic targets is persistently independent of firing their postsynaptic ones. This could again be (over)simplified to say

Here though, it’s very important to remember that a temporal causal relationship must be established between the firing. What that means is that if A occurs, and B occurs immediately after (not at the same time, immediately after), then only this strengthening takes place. Sounds somewhat familiar? This is classical conditioning behaviour, also made famous by the Pavlov’s dog experiment. Only this time around, you are the dog, and Zuckerberg is Pavlov.

The calculus of social media.

Yep, here is the secret to make us the drooling dogs social media has made us.

where $w_{ij}$ is the weight (or strength), between two neurons $i$ and $j$, $p$ is the number of training patterns that are stored in the memory and and $x_{i}^{k}$ the $kth$ input for neuron $i$. This is used to define, and determining the strength between two neurons.

This learning rule popularly called the “Hebb’s learning rule”, can be used as the rule to “learn” patterns, create memories, or association in artificial neural networks. An example of practically using this would be in the form of a Hopfield Network.

A Hopfield network is an ingenious little neural network. Imagine your brain as a grid of 1s and -1s. Imagine this grid having an “Energy”. The energy can be represented using an equation like [ e_{ij}=-w_{ij}x_ix_j ] This is used to define, and determining the strength between two neurons for some inputs.

Now one cool thing about this equation is that negative sign. This means, that for two similar neurons, the energy would decrease ($1 \times 1$ and $-1 \times -1$ are both positive.). Similarly, two dissimilar neurons firing would increase the energy of the grid. Hopfield networks work on the principal that the remembered pattern in the grid (that is your brain) is found at places where the energy is minimised.

Obviously, this comes with a lot of constraints (how many patterns you can learn, reaching the wrong minima etc.), but the general concept of memory and practical application of Hebb’s rule makes this a great example of the application of biological theories in computer science.

If I butchered mathematical explanation (I realised that this is harder to explain that I thought), here is a real, practical demo of the Hopfield Network in action (bad luck if you are on mobile):

But what’s the antidote you promised?!

Social media is making us stupider by disincentivizing the use of our System II (“rational”) brain. Its quite literally rewiring the way we think by promoting uncontrolled bursts of chain reaction like associative thinking. The one cure for this? Mindfulness 2.

True mindfulness is not reaching a trance like state, but rather being aware of everything, and training your mind to think and acknowledge its inputs. Remember that chain reaction gif from earlier? That’s how a brain that isn’t mindful would react to external stimuli. Uncontrolled associative bursts. Mindfulness would allow you to control these bursts better.

Creativity, and inventiveness is the result of bursts of associativity. I thought of writing this piece after reading Thinking Fast and Slow, Livewired, taking a machine learning class at college, playing lots of chain reaction and practicing mindfulness. This article is a product of ground up association of many things, and that’s what association should be used for. Not for finding yourself lost in an algorithm jungle of cat video recommendation, with no idea of how you arrived there. 3