It is indeed true that if you eat enough ghee every day, your customer acquisition cost reduces.

If you read and thought about the opener for this essay, you’d realize that it makes no sense. You’d be sensible in thinking that. In all probability, that is a sentence that has never been put to ink (or pixel) until today. Sure, it may be a stupid sentence, but it is a creative one. This (or rather, these kinds of sentences) motivate me. Being all of twenty-three, I carry within me the naive hope that I would bring value to this world by doing something different. Building something game-changing1.

I find safety in knowing all permutations are not exhausted. Anyone could have thought of my opening sentence. But nobody did. It’s because there are a trillion other (more useful) sentences that people would write. I like to think of these “brand new sentences” as an analogy for stuff; stuff ranging from startups to books to side-projects. As a builder of things, a thinker of ideas, I like to think that my current ideas are closer to gibberish sentences that nobody has ever spoken before. A potential exception could be InternetBlogCo, which is an idea that has been implemented in some forms, but for all intents and purposes, is a unique idea. And considering I have a user who truly likes the service, the idea may even be good. Now enough of this silly little analogy.

Enough TAM for us all

The world has 8 billion people. That’s an insane number of people. Whatever you make, and yourself enjoy, you will find an audience for it. It may not be a huge audience, but it will be an audience nonetheless. Nothing exemplifies this hypothesis of mine better than the website Indiehackers. Let’s take an example to illustrate my point (an example that blew me away when I first read about it last year).

Gareth Fuller started his career in the oil and gas industry right after graduating with a degree in mechanical engineering from his home country of Scotland. Being from the oil and gas industry, he wanted to create a Twitter bot that tweeted crude oil prices every hour to keep track of it easily. On doing some research on how he could build one, he realized that there is no easy way to programmatically find the price of oil. So he set about creating an API that scraped oil prices from multiple live sources and averaged them out. Integrating this with the Twitter API, he came up with OilPriceHourly, a Twitter bot that tweeted oil prices every hour. The bot was, for whatever reason, a hit. Seeing this, Gareth figured there’d be more people out there who would be interested in his weird little crude oil API. As a result, he came up with OilPriceAPI.com, his first-ever revenue-generating side project. Turns out, he found a whole host of other weirdos that are willing to pay to have crude oil prices in the form of an API. 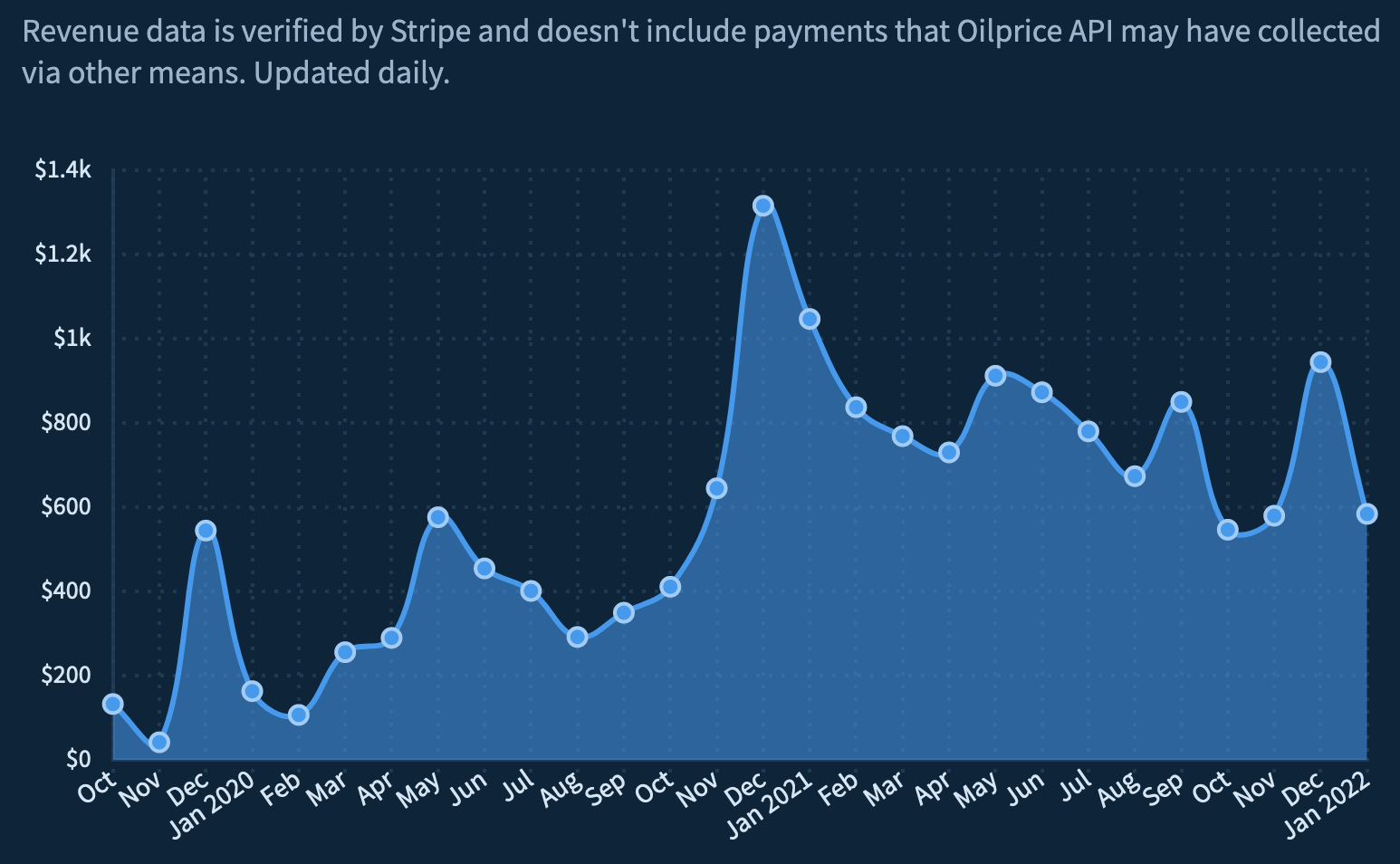 “Let me a build SaaS for find live crude oil prices” was, in this case, the sentence that had never been uttered before. And it was just sensible enough that he found a consistent paying user base for his service. There are thousands of projects, businesses, and startup-like these who have managed to find a niche that resonated with more people than you’d think. And the funny thing is, many times, these “niches” may not even be niches. It’s hard to think of a world without Github, Gitlab, or other online version control services, but none of these services existed just about 14 years ago. “What if we had a shared online version control server as a service” was an unheard-of sentence.

Another interesting way of thinking here is that one good idea could be really close to another, un-explored good idea. Ideas beget ideas. Paul G, aka the hackerest hacker in the game, says in his essay “Startups = Growth”2

The maxima in the space of startup ideas are not spiky and isolated. Most fairly good ideas are adjacent to even better ones.

Scott Adams, the author of Dilbert wrote in his piece3 about being having a successful career that the best way to be successful is: 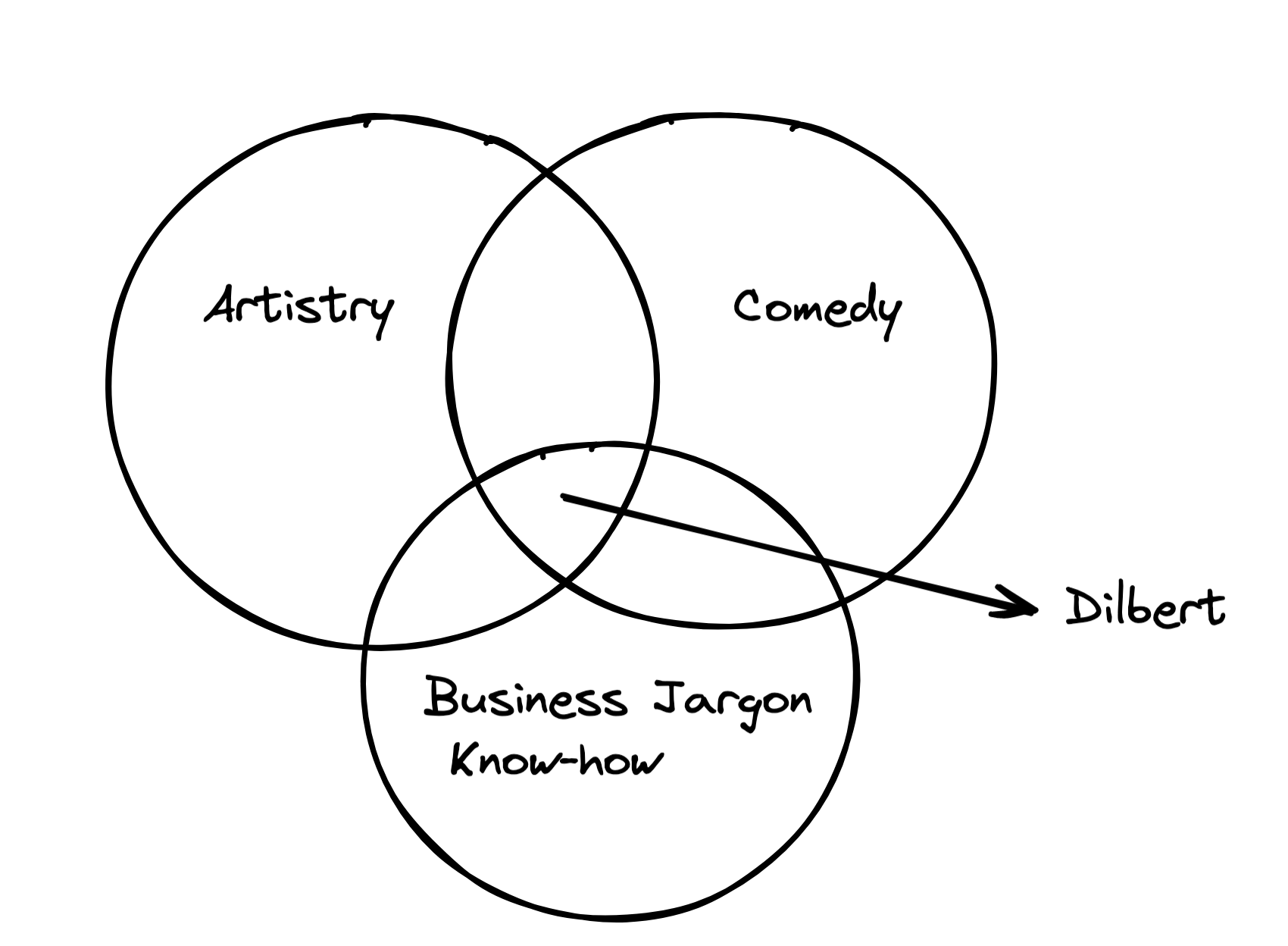 That, he says, was his secret to success. He is “above average” skills created an intersection that he dominated. He says:

In my case, I can draw better than most people, but I’m hardly an artist. And I’m not any funnier than the average standup comedian who never makes it big, but I’m funnier than most people. The magic is that few people can draw well and write jokes. It’s the combination of the two that makes what I do so rare. And when you add in my business background, suddenly I had a topic that few cartoonists could hope to understand without living it.

Dilbert lay at the intersection of his three “top 25%” skills. He really hit that big business boi sweet spot

I like this strip, because the last panel meta-commentary on this essay

My personal and career goals are dictated by cultivating experiences that put me in the top 25%ile of a set of skills. There are so many skills in the world. I just need to be in the top 25%ile in two to three of them. Today, within my network of friends and peers, I like to think of myself as an above-average programmer, and an above-average writer, resulting in me being one of the best programmers who can write prose. While that distinction doesn’t mean much, it gives me hope in creating other such distinctions that would mean a lot and make me very valuable.

This is the (metaphorical) carrot at the end of my (metaphorical) stick — there are so many ideas yet unexplored, and maybe one day I could be bringing one of these ideas to the real world.