Coastal karnataka, and the curse of networking. 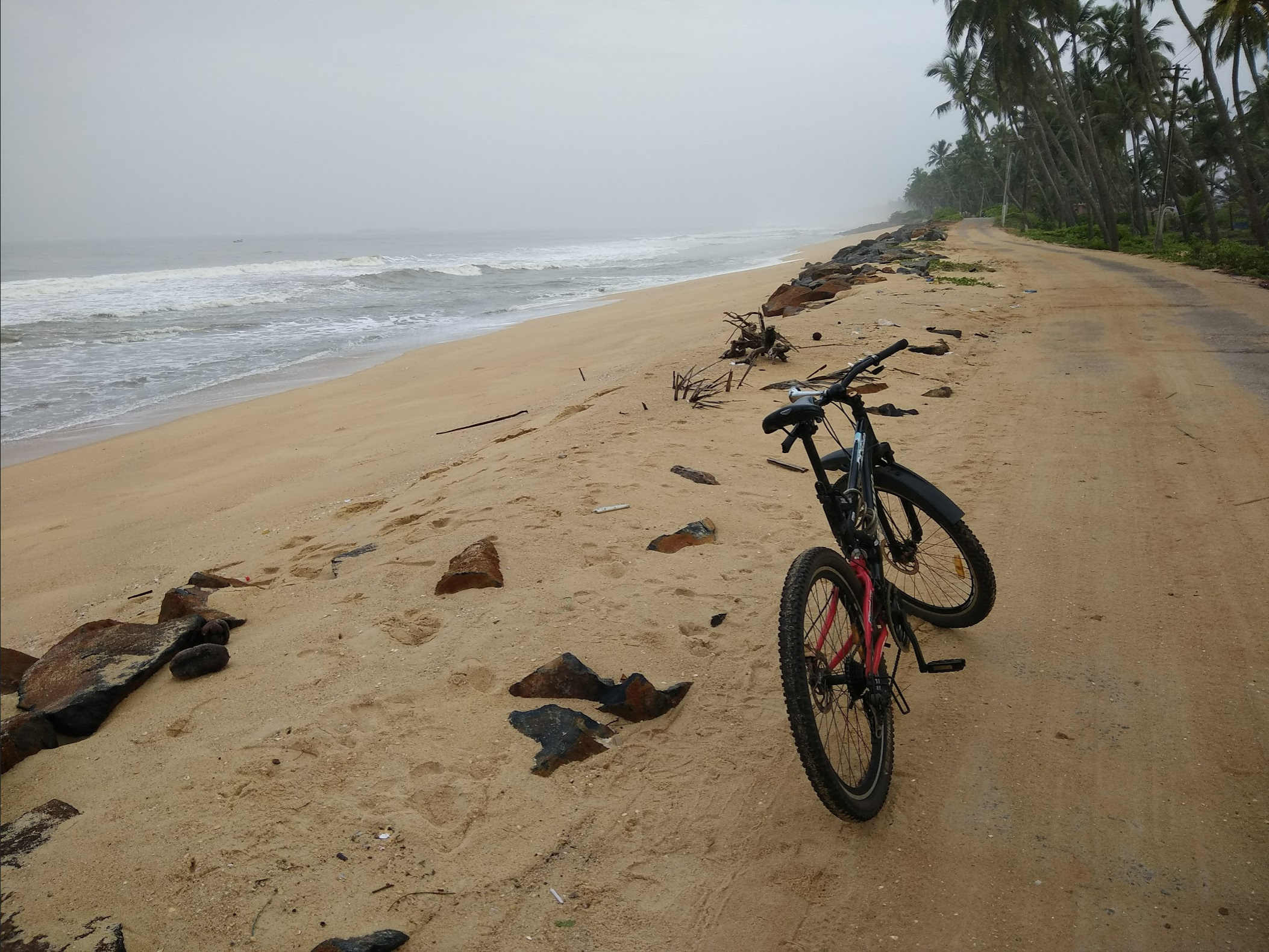 In that spirit, I had decided to rename this series to “My memoir”, and then soon later declared that I don’t like the name. I have now decided that I don’t want to restrict it to any name. Every chapter will have it’s own title followed by the chapter number. Let’s see how my titles get progressively worse. Enough with the rambling, read the rest of my “memoir” here.

If I were to pick up one skill that I want to level up in this year, it would be networking (with people). I feel like I can fool people into thinking I am a people person. When put in a spot dealing with people, I would like to think that I have the eloquence and charm to find my way out of said spot. Unfortunately, this eloquence (or delusion of eloquence) has never really translated into how well I network with people. My lethargy in this regard lay in the fact that I fell in love with “potential”. I wrote last week, “Ideas are worthless.” A closely related heuristic is “Never fall in love with potential.” Since I always believed that I am a good speaker and decent conversationalist, I figured I should be able to network efficiently. The problem was I never did.

I have recently started taking baby steps in this direction. I recently contacted an old colleague who was into sales to learn more about sales. There were a few reasons for this

We also recently celebrated the 5th anniversary of Skit. At the party were a few external folks, including an ex-founder who exited to Gojek and a couple of senior tech leaders. I made a weak attempt to network with them and talk about tech culture, bootstrapping, and Taleb. The problem was that I don’t think I told them my name. Also, since everyone was mildly inebriated, I doubt most will remember much of the conversation. Maybe the ex-founder will remember me as the guy who had way too many questions about startups (or the guy whom he spilled his drink on)

So far, the most bothersome problems I have dealt with at work have had to do with networking (with machines). I work on the runtime systems at Skit. I regularly deal with microservices that are distributed across networks and geographical locations. This means that there is a whole lot of networking involved. Working with voice and telephony also means that I have to deal with networking and protocol esoterica galore. Here are some of the protocols that I end up using

Troubleshooting networking is the most complicated when deploying our solutions partially on-premise and partially on the cloud (“hybrid deployments”).

This week, an over-eager network security team for an on-premise deployment pointed out that our implementation of TLS is susceptible to Return Of Bleichenbacher’s Oracle Threat. I found the name extremely amusing and dramatic. The fix was relatively easy; we had to disable ciphers that used RSA for authentication or key generation. I ended up learning another niche and useless bit of networking trivia that I don’t think I will ever need again.

This was one of the first few pictures I posted on my now unused instagram account1. Me, and my flatmate Rahul went on a bicycle ride along the coast of Udupi one weekend during my second year. It was my first > 50km cycle ride. I was pretty proud of it. The ride itself was absolutely picturesque. This particular road was particularly beautiful since it was a thin patch of land surrounded by the Indian Ocean on one side, and a river on the other. 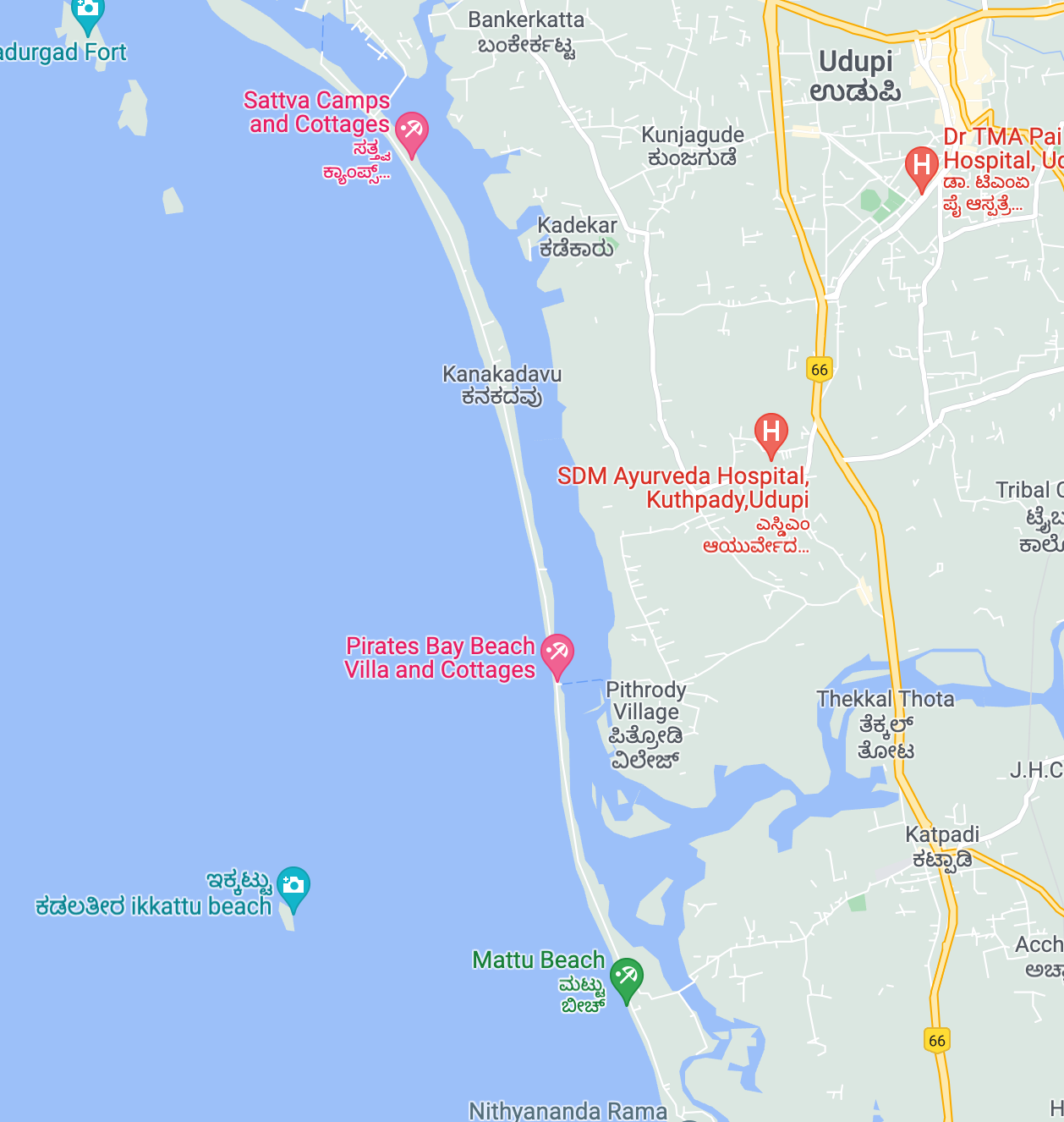 We started our ride at around 6AM in the morning so we could avoid having to cycle in the torturous coastal karnataka humidity and heat. Our ride started from Manipal, our college town. Manipal is situated at a higher elevation compared to the rest of Udupi. This means that all cycle rides begin really fun because it’s mostly downhill. It is when we are coming back to Manipal that the leg muscles really get tested. On the whole, the elevation of the ride was 363m, which is quite respectable. 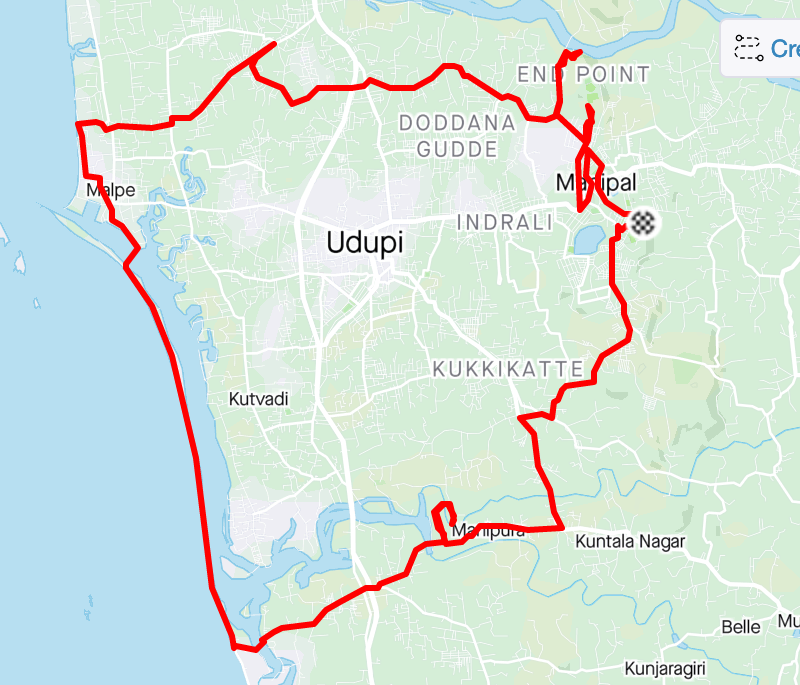 The route we took

Coastal Karnataka is aboslutely stunning with its beautiful beaches and tiny shanties. On the ride along this strip of land, we came across one house that stuck out like a sore thumb. It was very modern and isolated. I, being the creep I am took a picture of it. 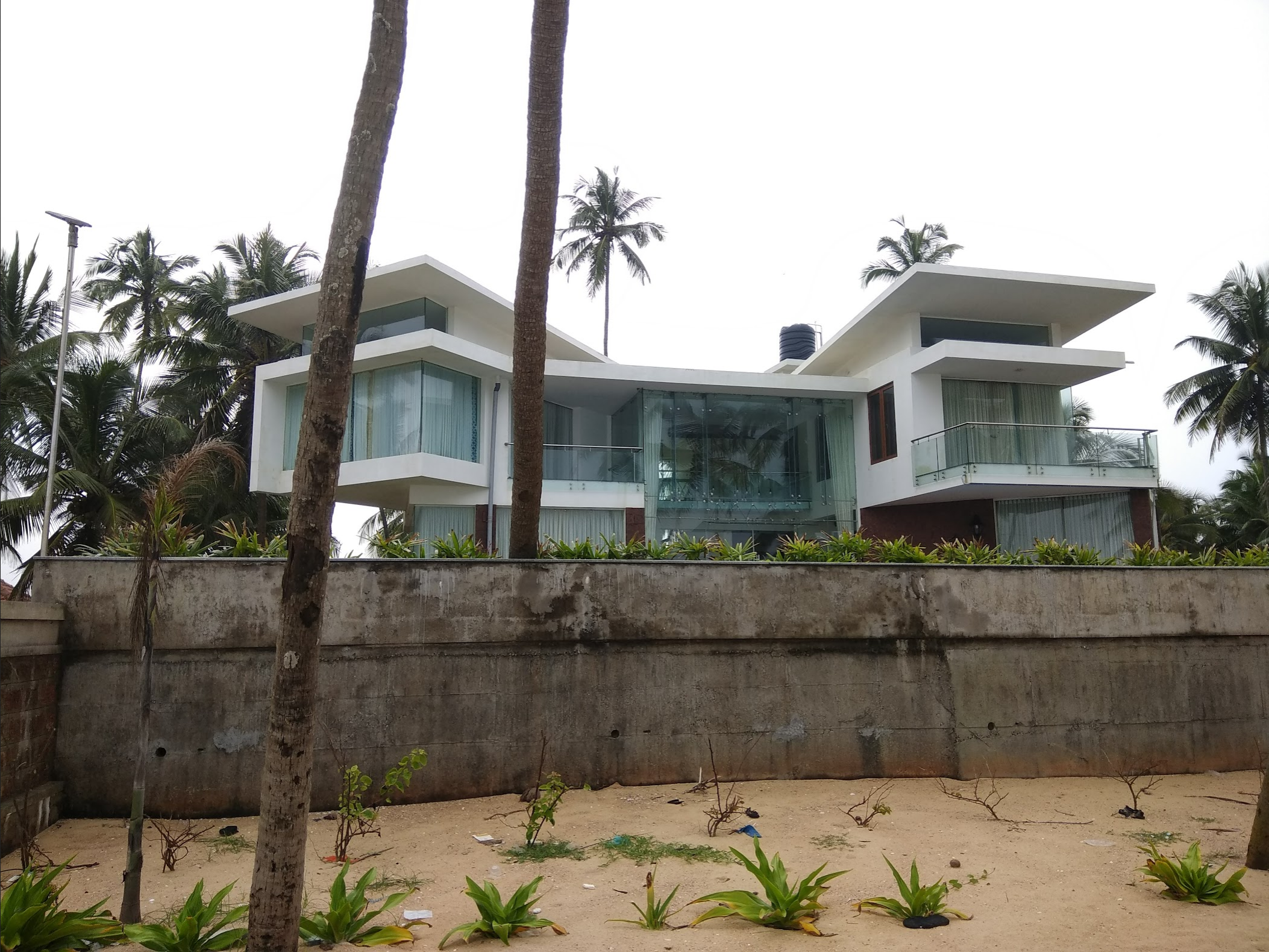 I found the whole thing very amusing. Whoever it belongs to is really lucky. This part of India is one of the most beautiful places I have ever seen. I am so thankful to spend my undergrad years here in coastal Karnataka.